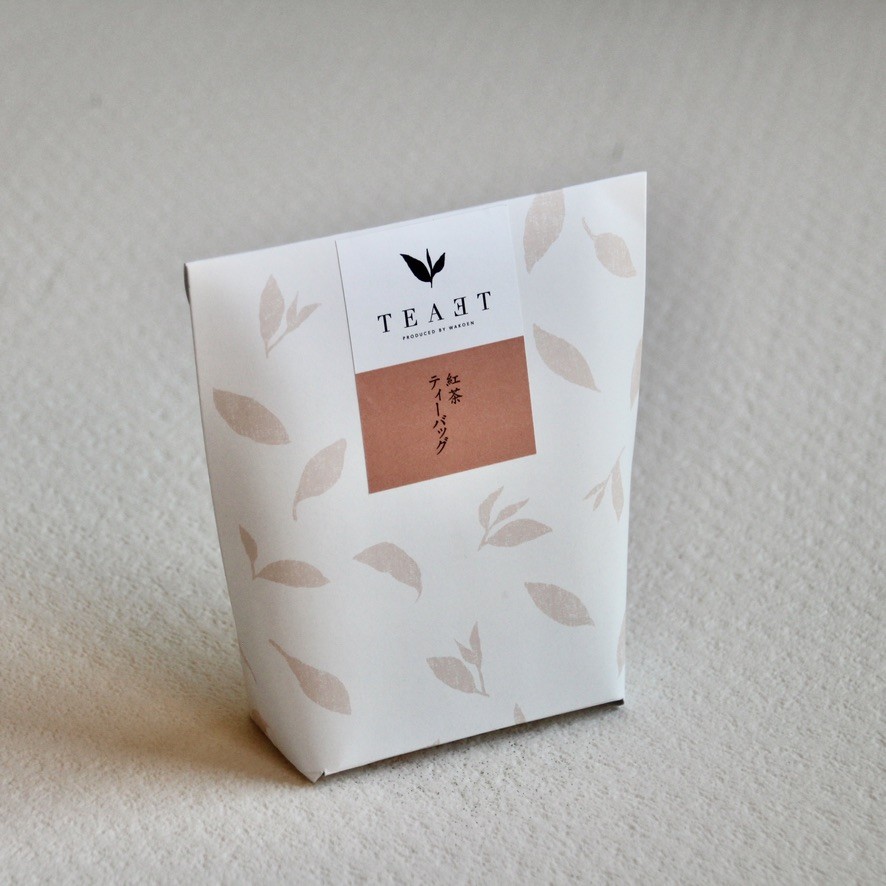 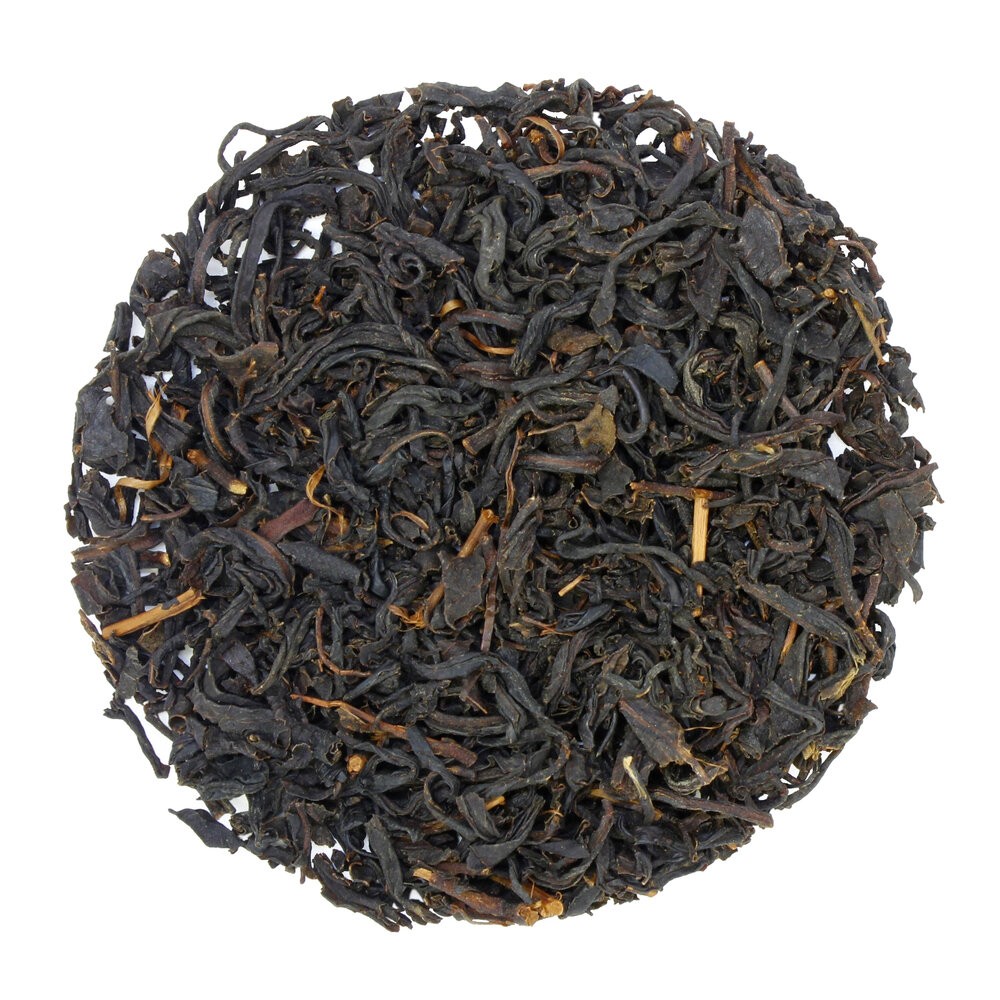 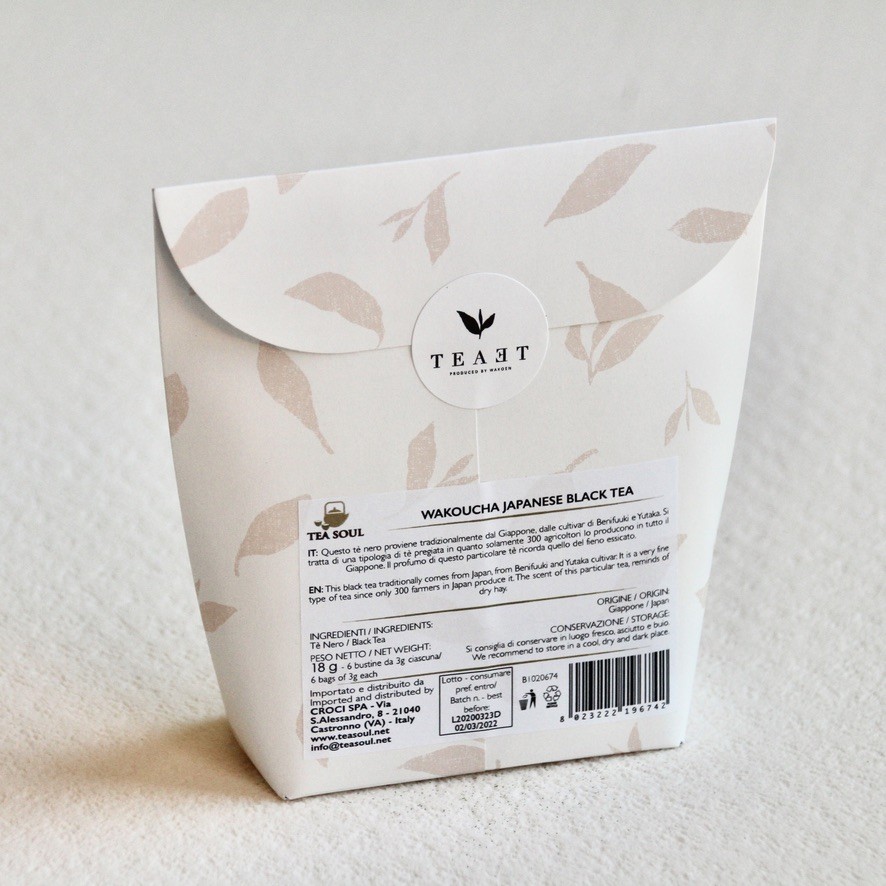 This tea is produced and cured by a Japanese company called TEAET which wants to promote a particular selection of leaves from its country in practical tea bags. Among these special teas there is the Wakoucha. The name of this product, which translated means red tea, tells you are approaching full oxidized leaves that are quite uncommon for a country like Japan. TEAET specifically studied a blend of camelia’s cultivar made of Benifuki, Yutaka and Yamanami varietals in order to bring the West a different oxidized tea compared to the most know ones from China and India.

In the cup these leaves release quickly an citrusy peel scent followed by a light tannic part. The cut in the mouth given by this second taste don’t result too astringent and so it represents just a sort of little break before the comeback of the sweet and slightly sour citrusy flavor in the aftertaste. The tastes of this tea are also quite persistent so you can easily paired this infuse with some food during your tasting session.

In order to fully appreciate this tea in it’s tea bag format we suggest you to take a mug of around 200 ml, putting the product inside and pour some water at a temperature of 90°C directly on the leaves.

Let the tea beg steeping for 60 seconds and then the infuse will be ready to taste.

This tea could be infuse a second time with a steeping time of 90 seconds.

Our recommended steeping time could be modify on your personal preferences.